8 technologies ushering in the future of agricultural biotechnology

The agricultural biotechnology toolbox is increasingly burgeoning with new innovations, developments and breakthroughs; offering ever more exciting solutions to some of the world’s biggest problems.

Here, we take a look at some of the most promising technologies that underpin the future of agricultural biotechnology, or AgBiotech.

We’ve been directing the evolution of plants and animals for agricultural purposes for thousands of years. However, traditionally, selective breeding is a slow and inaccurate process; taking decades to produce a new crop variety.

Relatively recently, novel molecular techniques have added jet fuel to the selective breeding tank. One example of this is marker-assisted selection (MAS) – where DNA markers are used to inform, support, and expedite plant breeding programs.

Relying on genome sequencing and advanced bioinformatics techniques to identify markers, MAS not only accelerates plant breeding but it allows far greater precision than conventional methods.

More recently, other -omics technologies have been used in MAS; including metabolomic-and transcriptomic-assisted breeding. Finding novel methods to combine and analyze multiple data types to maximize the information a available to breeders will be a key part of the future of agricultural biotechnology.

While these techniques are helping breeders produce tastier varieties that appeal to consumers, they also have potential to help solve much bigger challenges – such as world hunger and food security.

Find out how marker assisted breeding could help feed the world

No list of innovative biotechnologies would be complete without gene editing; particularly the use of CRISPR platforms. By now, most of us are familiar with CRISPR but briefly, the CRISPR system consists of a nuclease (Cas enzyme) with the capacity to cleave DNA and an RNA guide.

Akin to a molecular GPS, the RNA guide directs the nuclease to a complementary strand of DNA. The RNA anneals to its specific DNA sequence and the nuclease changes conformation, resulting in a double stranded DNA (dsDNA) break. By a simple design change of the RNA guide sequence, it is possible to target any DNA sequence within a genome, opening up the possibility to edit any gene of interest.

In the short time this revolutionary gene editing tool has become available, many agriculturally important plants have been genetically modified using this technique. In one particularly exciting example, pennycress has been modified to create a cover crop that is used between typical growing seasons.

Not only does this cover crop manage soil erosion, fertility, and quality but it has also been engineered to produce oil and high protein feeds1.

With a constant stream of improvements being made to an already exceptional gene editing tool, there is no doubt that CRISPR-Cas technology will play a role in the future of agricultural biotechnology.

There is one particular drawback that hampers the implementation of gene-editing in agriculture; regulation and policy. Although necessary, obtaining regulatory approval remains a time consuming and costly process in most countries around the world.

As regulatory authorities catch up with this fast-paced scientific arena, recent research has looked to navigate regulation with alternative strategies – such as GMO-free RNA interference (RNAi).

RNAi describes the phenomenon where short pieces of RNA can dial down or shut down the production of a protein by binding to the messenger RNAs that code for that protein.

RNAi has been a GMO strategy for some time. But new, GMO-free options using exogeneous application present new and exciting opportunities. Rather than genetically modifying plants to express RNAs that silence specific genes, exogenous application induces gene silencing by directly introducing RNA – often by a virus.

Exogenous application allows RNAi to have more widespread applications; and the fact that the plants themselves are not GMOs side-steps regulation issues.

In its most simple definition, a biosensor is an analytical device that converts a biological signal into an electrical one. They combine a biological recognition element (bioreceptor) with a physical transducer (sensor). Briefly, when the bioreceptor interacts with a target molecule, a measurable signal is converted into data by the transducer.

Biosensors for pathogen detection have become increasingly common in agriculture; with devices available for a range of agriculturally important diseases4. They can even be used for real-time monitoring of metabolic processes. For example, implantable electrochemical transistor sensors have been used to gather real-time sugar fluctuations in the vascular tissues of trees5. While the data was used for plant science research, it serves as a proof-of-concept for agriculturally important biosensors.

Other biosensors have been directly encoded into plant genomes. These types of sensors consist of a sensory DNA module fused to a reporter gene. When the sensory module responds

to the target molecule, the reporter gene produces a signal. As an extension of this technology, researchers are looking to couple these types of biosensors with specific regulatory elements that can mediate plant responses. In turn, ‘smart plants’ are created that adjust to the environment in novel ways6.

3D-bioprinting has continuously hit the headlines due to it’s potential to create entire organs grown from a patient’s own cells. While we’re not there yet, it does have plenty of other applications that are closer to commercialization – including in agricultural biotechnology.

Using a 3D bioprinter, it is possible to print stem cells – then incubated to grow, differentiate and interact – to yield ‘cultured’ meat products (Figure 1). From Wagyu beef and ribeye steak to chicken pieces, 3D-bioprinted/cultured food is already here – and, in some cases, already available7. These products have the potential to alleviate some of the concerns regarding intensive agricultural practices; such as ethical, environmental, economic, and public health concerns.

Biologicals are a broad category of plant protection chemicals or molecules derived from living organisms. They often represent sustainable alternatives to chemical agrochemicals that have hazardous effects on the environment.

For instance, insect pheromones offer naturally occurring, non-toxic, and non-persistent molecules that can serve as crop protectants. Moreover, as pheromone-based crop protection is species specific, this method does not affect off target insects that can be important to the ecosystem.

By augmenting immediate and real-time surroundings with text, sounds, graphics, and multimedia, augmented reality (AR) technology creates an enriched version of reality. In contrast, virtual reality creates an entirely novel world and drops you in the middle of it.

While not biotechnologies themselves, AR and VR represent innovations that are set to disrupt the agricultural industry. As well as enabling farmers to monitor farms visually, help train new farmers, and assist tool assessment, augmented and virtual realities could elevate biotechnology development by aiding sample selection.

For instance, Huuskonen, and Oksanen (2018)8 demonstrated how wearable augmented reality technology could guide users to soil sample locations based on a soil map created from drone imaging.

In other fields, VR/AR are allowing intelligent data visualization of -omics data; such as for the 3D visualization of genomics data. In turn, researchers can gain a deeper understanding of biological data and potentially uncover previously overlooked relationships.

So, how can this help the future of agricultural biotechnology?

With the ‘big data’ – such as genomic, transcriptomic, and metabolomic – on agriculturally important organisms rapidly accumulating, researchers will need innovative methods that make the most out of that information.

There is little doubt that big data, artificial intelligence, and machine learning are transforming biotechnology. And as with other industries, they are being used to automate labor-intensive processes and reveal novel insights from complex and large datasets.

Machine learning is a branch of AI involved with the programming of computers so they can learn from data. Among the numerous examples of agriculturally significant applications, machine learning will likely be important in improving the prediction accuracy of cross-breeding. Consequently, generating valuable crop variants in the face of climate change, malnutrition, and world hunger will become faster and more effective.

AgBiotech advances are moving forward at an ever-increasing pace – bringing with them innovative technologies and novel ways of thinking. It is important to note that underpinning both the development and execution of these technologies is a heavy reliance on biological data collection.

Omics technologies – such as genomics, transcriptomics, proteomics, and metabolomics – are at the heart of modern-day biological data. Taking a holistic view by combining these datasets can keep researchers ahead of the curve and, ultimately, drive forward advances in agriculture.

Using a multi-disciplinary and multi-omics approach, such as the services offered by Eremid, can give projects the boost they need into the future of agricultural biotechnology.

AgBiotech Bioinformatics Genomics Metabolomics NMR
Looking for deeper insights on your next project? Discuss a project 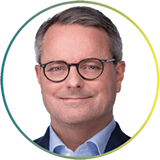 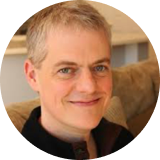 "Working with Eremid has been a pleasure. We received excellent data with a very fast turnaround and appreciated the attentive and helpful project management!" Steve Watkins, BCD Biosciences, CA USA — CEO